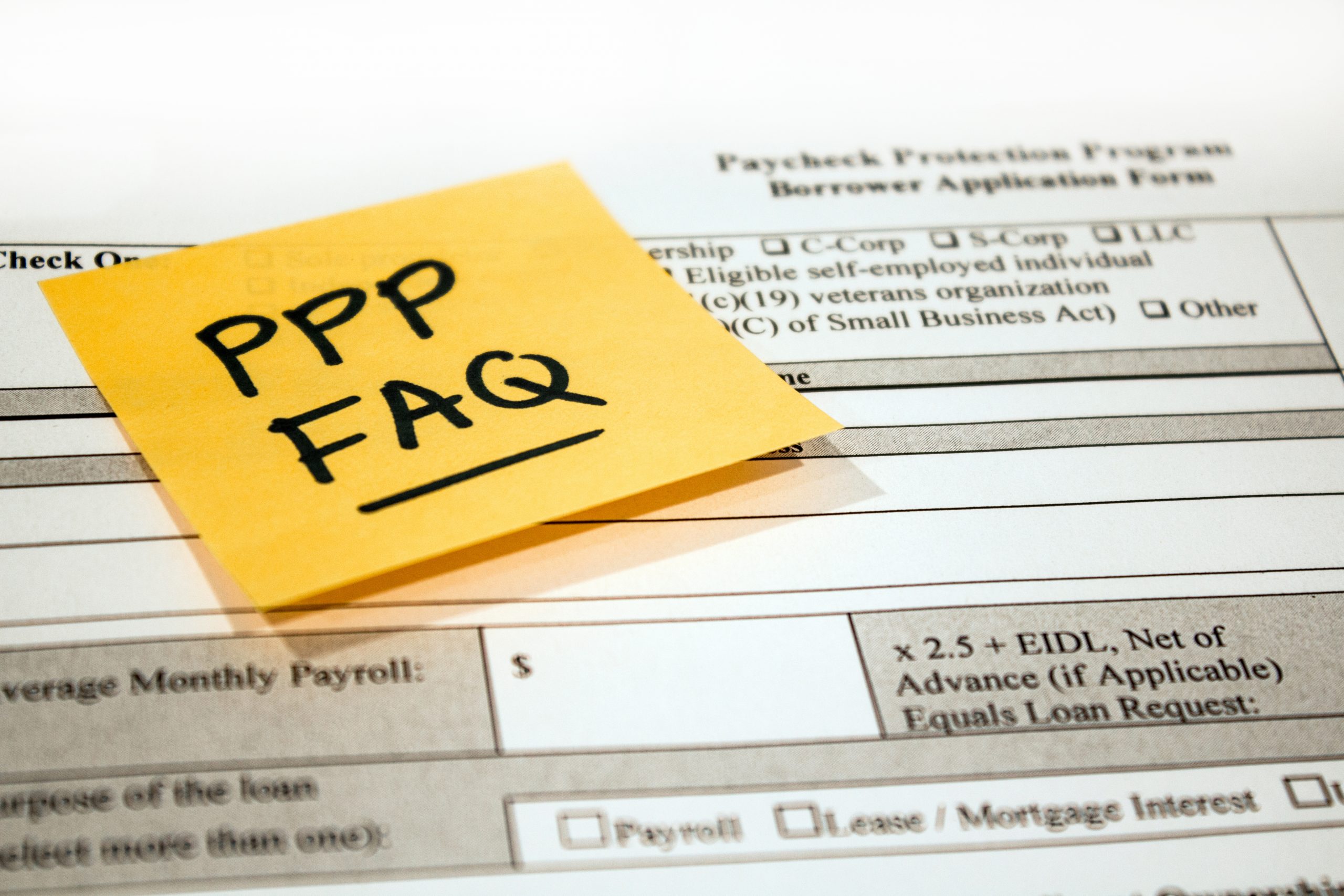 So, you got a PPP Loan, what now?  The key feature of the PPP loans is the ability to turn them into grants, i.e., forgiven.  But there are rules you must comply with to maximize the amount forgiven.  The PPP is a work in progress so the SBA may change some of the guidelines but here is the best information available at the moment and some questions that need to be answered.

How Do I Figure Out How Much Of The Loan Will Be Forgiven?

Start by reading the Loan Agreement and SBA Note you signed.  Your loan documents should spell out the requirements but probably do so in a way that leaves as many questions as answers.  Ultimately, loan forgiveness is spelled out in Section 1106 of the CARES Act (read it here), which states that the loan can be forgiven up to the full principal amount plus accrued interest if the Borrower (i) uses all of the proceeds for eligible purposes; (ii) maintains employment levels; and, (iii) maintains compensation levels within the “covered period.”  There is a lot to unpack here to ensure maximum forgiveness.

What Costs Are Eligible To Be Forgiven?

A ‘‘covered utility payment’’ means payment for a service for the distribution of electricity, gas, water, transportation, telephone, or internet access for which service began before February 15, 2020.  This is a pretty broad definition of utilities but timing issues could arise here also.  Many VOIP phone services, for instance, offer discounts for paying annually in advance.  Is a pro rata portion of telephone service eligible if the annual payment was made outside the 8 week covered period?  Is the entire year eligible if paid within the covered period?

Payroll costs are perhaps the most complicated part of this calculation for two reasons.  First, the definition of payroll costs leaves some questions unanswered and second there are two payroll-related tests that, if not met, could reduce the amount of forgiveness even if you used the entire loan for eligible costs.  Section 1106 defines payroll costs by reference to Section 1102. §1102 defines “payroll costs” as the sum of payments of any compensation with respect to employees that is:

Use of the loan proceeds to replace net earnings from self-employment is clearly within the definition of eligible payroll costs but on its face is limited to sole proprietor’s self-employment income.  Of course, including a sole proprietor’s self-employment compensation but not a partner’s makes little, if any, sense.  This Forbes article implies that the exclusion is to prevent partners obtaining loans at the same time as the partnership.  That makes sense but the article then goes on to say that the SBA Guidelines allow the self-employment income of a partner to be treated as payroll costs.  Although lenders do appear to be allowing the inclusion of this income in the calculation of loan amounts, the Guidelines themselves are silent on this point.

Banks have begun accepting proof of self-employment compensation even if it is not reported on Schedule C (sole proprietor’s business income) but no guidance has been issued on whether this compensation which supports the loan amount will also be included in the calculation of forgiveness.

What Other Rules Could Result In Reduction or Elimination of Forgiveness?

The goal of the PPP, as its name implies, is to provide small businesses a means for continuing to meet payroll or to re-hire furloughed employees.  In short, to protect payroll.  Although non-payroll expenses will qualify for loan forgiveness, the Act includes two tests that reduce the amount of the loan that can be forgiven if not passed.

Although using the loan for qualified expenses will result in loan forgiveness, the amount of forgiveness will potentially be reduced by two things:

The first test potentially results in a percentage reduction of the forgivable amount.    Full Time Equivalent employees is not a defined term in the statute but is defined elsewhere.  However, there are working definitions in other federal statutes.  For instance, under the Affordable Care Act, the total number of hours worked by part-time workers in a month is divided by 120 hours to determine the FTE for that month.  The IRS also uses of 30 hour per week but uses 130 hours per month instead of the ACA’s 120 hours.  As an example, assume your small business has 12 part-time employees, who collectively worked 1200 hours between January 1, 2020 and February 29, 2020.  That is 600 hours per month divided by 120 hours or 130 hours means you employed 4.6 – 5 FTEs depending on which statutory definition is used.  As long as you employ the same number of FTEs during the covered period all of your eligible expenses would apply to loan forgiveness dollar for dollar.

The second test reduces the loan forgiveness amount by the amount any employee’s salary or wages are reduced more than 25% of their wages for the most recent full quarter before the covered period.  In other words, any employee that received a salary or wages during the last full quarter prior to the covered period must be paid 75% of the salary or wages they were paid in that quarter or the amount of loan forgiveness is reduced by the amount that threshold is not met.  Of course, this could lead to absurd results.  An employee who quit at the end of January, would presumably have to be paid 75% of the amount they were paid in January even though they were no longer employed before the shutdown and have no intention of returning to work.

To qualify for forgiveness then, the borrower must use the funds for eligible purposes and show that salaries and wages were maintained at a minimum of 75% for each employee and that the number of FTEs did not decrease during the covered period.  Documentation requirements will vary by lender but the lender is not charged with verifying the accuracy of these documents.  Instead, fraudulent filings will be dealt with by the SBA.

Contract Performance During a Pandemic — Sale of Goods